Goals are a key part to making progress with our recovery after stroke. Goals can be short term, long term, little goals or big goals. They all serve as an important tool to set markers along the way to being the best that we can be.

Early on I personally set as one of my BIG goals: "Kayak on the Brudenell River". Kayaking on the river was something that I enjoyed doing before I had my stroke. I used to own a wooden double kayak and paddled it on the Mill River in Western P.E.I. The kayak was sold when we moved in 93' but the yen to paddle remained.

During the 90's my daughter Karol and I would rent a double at the Brudenell River Rentals and spend hours together peacefully paddling the river. As the river glided beneath our kayak we often found ourselves surrounded by the gulls and terns with the occasional blue heron or even a a bald eagle. As I type these words the memories flow through my brain with clarity as the warmth of the experience fills my heart.

No wonder I wanted to kayak again.

In August of 2008 I found someone in the person of Jack Slade who agreed to accompany me on the river.

On a beautiful Saturday afternoon later that month we rented our kayaks in readiness for some kayaking time on the Brudenell River. Jack brought his son along as well as his camera to snap a few pictures as proof that I had in fact accomplished my BIG goal to "kayak on the Brudenell River".

A little more than six years post stroke and I had spent a beautiful August afternoon with my friends on the Brudenell River in a single place fiberglass kayak woho!!!

The lesson from this post is in my life after stroke I needed to set goals. Short term, long term, little ones and big ones. With setting goals I would work toward and achieve a BIG GOAL!

Do you have any suggestions as to what BIG goals you would like to set for your recovery. Maybe you could suggest another BIG goal for me as I am always looking for BIG goals.

Thanks for reading about my life after stroke and here (below) are the pictures taken by my friend Jack Slade that day. You can catch up with me on the "My Life After Stroke" Facebook Fanpage. Come have a conversation. 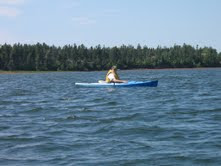 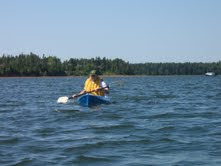 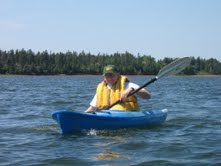 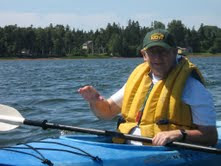 Email ThisBlogThis!Share to TwitterShare to FacebookShare to Pinterest
Labels: kayaking on the brudenell river, my life after stroke, set big goals

Be A "My Life After Stroke" Follower